History Is Revived At The 1850 House Inn & Tavern and a new era dawns for Rosendale’s most celebrated historic landmark as a legendary Ulster County hotel and beloved community icon that has dominated the Main Street landscape for nearly two centuries is once again open to guests for the first time in decades as The 1850 House Inn & Tavern. This is so much more than the average bed & breakfast.

Founded in 1680 by Jacob Rutsen, Rosendale was a quiet hamlet until 1825, when natural cement was discovered during construction of the Delaware & Hudson Canal, giving rise to one of the largest industries in Ulster County and New York State. At its peak, Rosendale’s cement industry produced more than ten million barrels of natural cement annually (worth a third of a billion dollars today), employing 5,000 miners in more than a dozen companies and fifteen mines, making it the largest producer of natural cement in the nation. Rosendale cement was used in many of New York’s and North America’s most iconic structures, including the Statue of Liberty, the Brooklyn Bridge, Grand Central Station, 30 Rockefeller Plaza, the Washington Monument, the U.S. Capitol Building, and the U.S. Treasury Building. The introduction of cheaper and easier to produce Portland cement resulted in the collapse of the Rosendale cement industry in the early 1900s. The empty cement mines, however, soon became home to the largest mushroom growing industry in the United States, providing the mushrooms for Campbell’s mushroom soup. In the 1950s and 60s, during the Cold War, the mines were used to house underground shelters for many of America’s largest corporations, with one company building a 65-room hotel deep beneath the town. In the meantime, Rosendale rebounded, marketing itself as a “Vacationist Rendezvous.” The Catskill and Shawangunk Mountains, the Wallkill River and Rondout Creek, and the region’s many mountain houses attracted tens of thousands of visitors each year. Ironically, construction of the New York State Thruway in the 1950s, also built with Rosendale cement, led to the demise of Rosendale’s booming tourist industry. Today, Joppenbergh Mountain and the trestle bridge, once the longest curved railroad bridge in America, stand guard over the town. Rosendale’s many historic buildings – the Old Dutch Reformed Church, St. Peter’s Church, the Rosendale Library, The Rosendale Cafe, The 1850 House – and the remnants of the Delaware & Hudson Canal harken residents and visitors back to an earlier age. 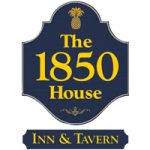